The following is a guest entry from Walter the Woke. Walter is a self-taught paranormal Egyptologist, and lifelong Hudson resident. He received his GED with honors from the prestigious Hudson High School. His greatest passion in life is wokening the citizens of Pasco to the dangers of the New World Order and their devious plottery. Water also thoroughly enjoys skim milk, under-ripe avocados, and the smell of Hudson Beach.

If you have driven on Little Road in the past several months, you have undoubtedly noticed the demolition and reconstruction of the Hudson Publix at the intersection of Little and State Road 52. To the swaths of naive sheeple like yourself who inhabit this county, this might seem like a normal construction project. But to any woke individuals like myself who care to do the slightest bit of research, there is obviously something nefarious going on. After I first heard about the supposed “remodel” of the Hudson Publix, I did quite a bit of research.

As a result, I have gathered a mountain of evidence that proves beyond a shadow of a doubt that the Hudson Publix “remodel” is an inside job. For the sake of brevity, I have condensed my proof into 4 easy-to-swallow facts: The typical Publix store employs over a hundred associates. Where did all of these people who worked at the Tower Oaks Terrace Publix go? Are we supposed to believe they just disappeared? That they are all unemployed now? That they went to other Publix stores temporarily? The most likely possibility is that all of the “employees” of this Publix location were CIA-trained government operative crisis actors, whose job was to simply give the appearance of typical Publix workers.

Are you beginning to see it? 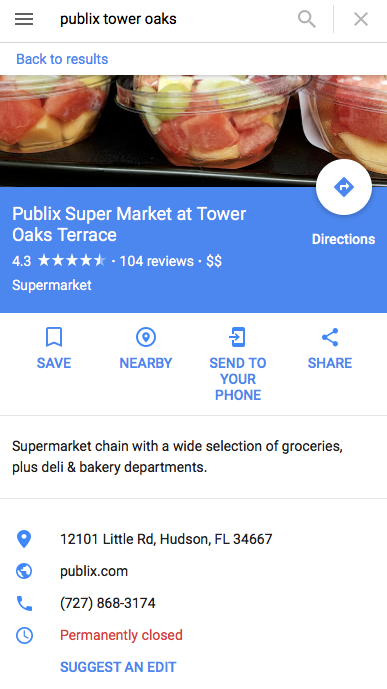 As you can see in the above picture, a Google search of the Tower Oaks Terrace Publix shows that it is permanently closed. But the New World Order fake news propaganda machines have been telling us for months that it is not closed permanently, but is just undergoing a remodel. This discrepancy can only be explained by the existence of a covert government conspiracy.

After an extensive google search, I uncovered this picture of Publix founder George Jenkins and the infamous Freemason reptilian wizard Walt Disney. This one speaks for itself… By the way, what is Walt Disney reaching in his pocket for? 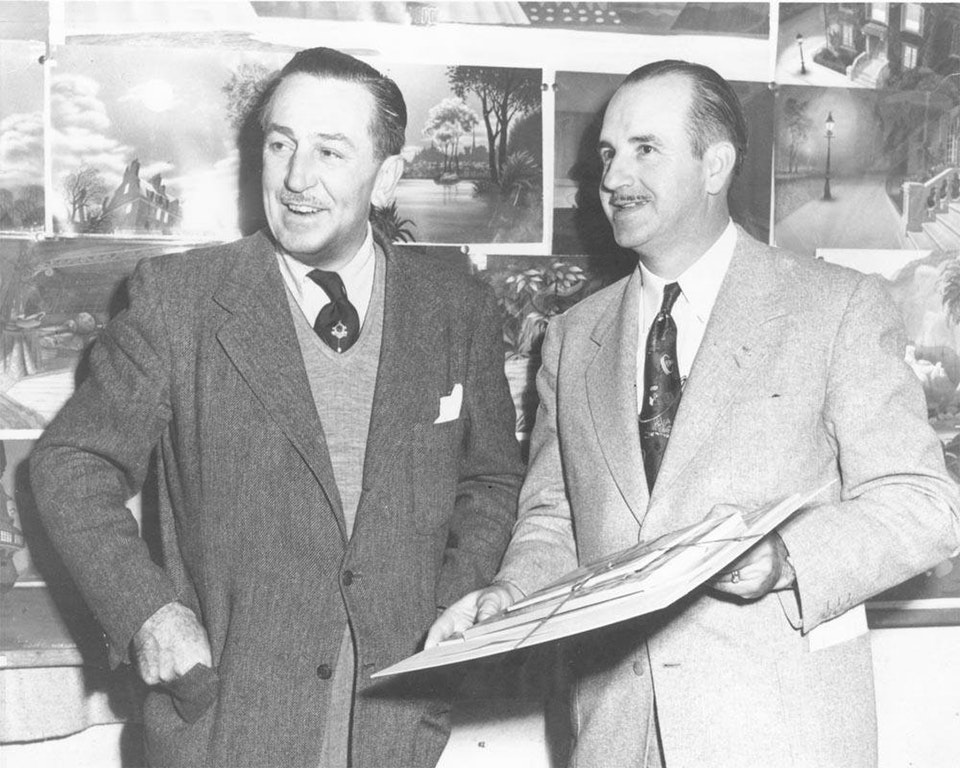 If you’re still ignorantly doubting the veracity of my claims, get ready for this one:

4) I Just Have This Feeling

You know that feeling you get in your gut when you can just sense something is wrong? Well that’s how I feel every time I drive past that Publix. You simply cannot refute that.

Now that you’ve been thoroughly convinced of the devious false-flag nature of the Tower Oaks Publix “remodel”, you might be wondering what you should do. Don’t be silent. Speak out. Share this article, and while you’re at it, buy me a coffee.

Do you know of any other conspiracies being hatched in Pasco? Let us know via our Contact Page.